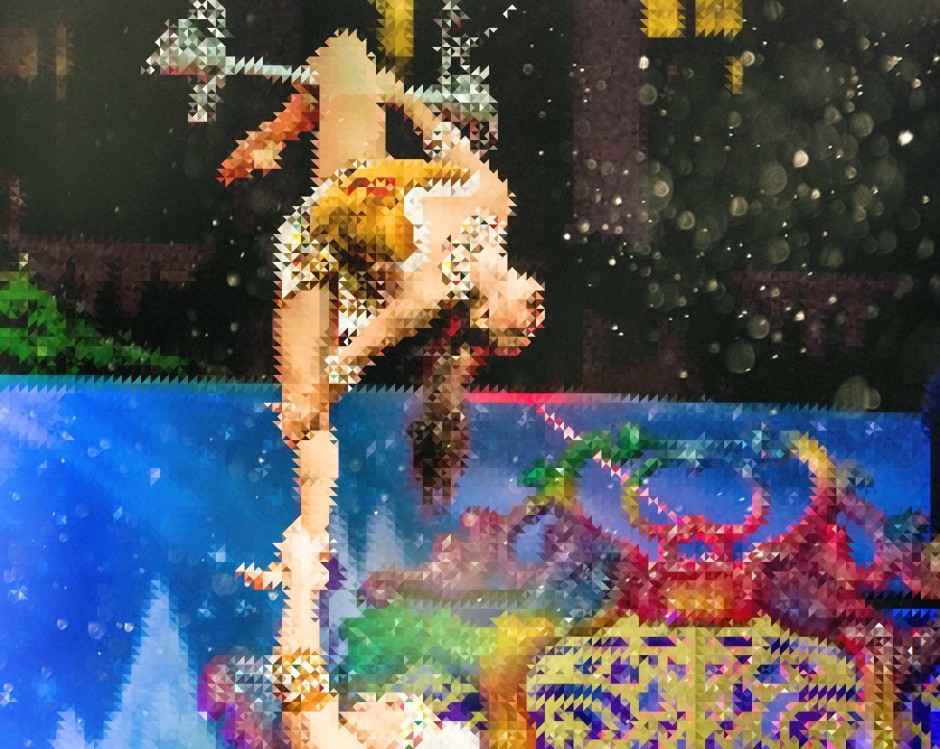 You were a failed experiment
on my living room carpet
two nights after the earthquake.

We shot pool at an Irish bar
around the corner from my house
and you told me a story: you

split your head open on stage
while taking a bow at the end
of your show, and that
was the end of your clown career.

Or perhaps I was the end
of your clown career, later
with my legs in the air.  It was
the same carpet I’d rolled on
when the quake waves hit, and there

I was again, in the same position,
doing my best to dodge falling objects.
Your aerial act was revenge
for a crime committed in another state,
and you made certain I knew it.

At the airport, you told me to stop my
“Buddhist life-is-suffering bullshit”
and bought me a bagel when I cried.
Years later, your screenplay
bombed at the box office,
and I smiled at the two-star rating.

Some folks succeed, while some
split their heads open
as they bow, and others
never make it onstage in the first place.
You have to keep experimenting

until you discover a formula
that finally works. Meanwhile,
you’d better hang on tight
to your beaker, and be certain
to line the floor with newspaper
in case everything spills.

The space between
what you say
and what you don’t
is stuffed with clutter:

cartons of discarded
lies, and new ones you
bought in bulk, but

never used. Perhaps
you should have
a yard sale, and
get rid of some of it:

but you save
the boxes anyway,
in case you
need them later.

Leah Mueller is an indie writer and spoken word performer from Tacoma, Washington. She is the author of two chapbooks and four books. Her next two books, Death and Heartbreak and Misguided Behavior, Tales of Poor Life Choices will be published in Autumn, 2019 by Weasel Press and Czykmate Press. Leah’s work appears in Blunderbuss, The Spectacle, Outlook Springs, Atticus Review, Your Impossible Voice, Mockingheart Review, and other publications. She was a featured poet at the 2015 New York Poetry Festival, and a runner-up in the 2012 Wergle Flomp humor poetry contest.

One thought on “Cirque du Soleil”