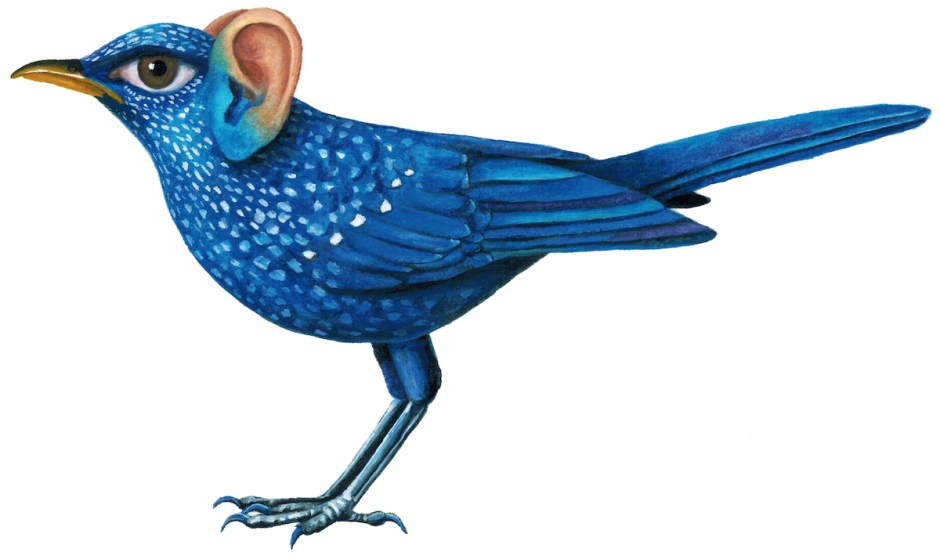 L.S. Popovich: Can you tell us more about your background and how it led to you writing your first novel, Above Us the Milky Way: An Illuminated Alphabet?

Fowzia Karimi: I was born in Afghanistan in 1973. The Soviets invaded the country in the late 70s. My father’s life was directly in danger because he worked at the U.S. Embassy in Kabul. This simultaneously made him a target of the Soviets and gave him a lifeline. It was by no means easy for my family, young parents with five small daughters, to escape the war in Afghanistan. My mother, in fact, did a great deal of the legwork, taking many risks to get the necessary documents, to collect what we needed, to keep our departure a secret, in order to get us out safely. But through my father’s efforts, his colleagues at the embassy ultimately helped get us passports. Compared to most, ours was not a difficult escape.

I think the book has always been with me. I didn’t turn to writing, never considered it as a vocation, until about the age of 30, and yet I always knew, from early childhood, that I would tell this story one day.

LSP: What are some reasons you chose to employ the imagery of stars in your title and certain parts of the book?

FK: The function of the stars is a very fundamental one in the book, as it is in life. The stars are a counterpoint to the relentless suffering, incredible loss, unspeakable horrors on earth. As such, they offer the eye and the mind, the sisters in the book, a hope of a deliverance from these things.

LSP: You illustrated 2 books before your own, according to your website. How do you decide which photographs and illustrations to use?

FK: My mind has always worked through both language and image, and often simultaneously. With my own work, as I write, images often accompany my thoughts. It’s not so much a matter of deciding which images to use, but which images arise in my mind at particular moments. To express certain thoughts completely, I feel I have to write them as well as draw or paint them. As you see in the book, the images don’t necessarily ‘illustrate’ the action in the pieces they accompany. They function more symbolically and it’s why I call the images in my book illuminations rather than illustrations.

The same thing happens when I read or illustrate others’ work; images attach themselves to the language or the narrative. I think all readers do this visualizing. It’s a beautiful function of reading, of the imagination stirred by language.

LSP: Many of the novel’s segments take place from the perspective of children. How did you balance the tough depictions of violence with the idealism of youth?

FK: It’s the reality I lived. I knew from a very young age what war does to individuals, to an entire country. When confronted with a child’s suffering or trauma, adults will often say that children are resilient. It’s not just a platitude. I think what they mean is that children, still growing, have a way of wrapping themselves around the suffering, the violence, the hardships they experience, absorbing these things as a growing tree absorbs a wire wrapped around, or a nail hammered into, its trunk. But the child is still a child, and the tree still a tree.

LSP: The subtitle of your book is: An Illuminated Alphabet. How does the importance of the alphabet contribute to your literary vision?

FK: In my life and in my work (as I’ve discovered through the writing of this book) I’m inclined to take things down to their essence, to what is fundamental. In writing there is nothing more fundamental than the units of the alphabet. All stories hang on the alphabet and it made complete sense to me to actually use the alphabet as the backbone of mine. I was about halfway through writing when I realized this would be the structure of my book.

LSP: You omit proper names of people and places in the book, saying instead, “Mother father, sister, neighbor.” Was not identifying the Soviet Army or other specific people and places a purposeful constraint for you?

FK: This also has everything to do with my inclination to bring all things back to their essence. It was an artistically formal choice born out of my love for fairy tales, which work on a bare-bones, symbolic level. A witch, a castle, a river are potent elements that need little description in a fairy tale. I felt I didn’t need or want to identify characters or places beyond naming them by their essential identities: sister, cat, engineer. Not unrelated to this formal choice, was the desire to write a story that is a universal one. This is not just my story. How many wars have displaced, are displacing, will displace how many billions of people over time? It’s a particular brand of human suffering that too many are familiar with.

I wish I had the names that would identify the Soviet or Afghani officials responsible for some of what happened in Afghanistan during the war. I was too young, and then too distant, to know this information.

LSP: Which writers or books have inspired you the most?

FK: I look at visual art for inspiration. Art that moves me emotionally or viscerally moves me to make art. I am not always confident in my drawing abilities and I look to artists or artworks I love for direction. The paintings in the book are very much inspired by both Eastern and Western illuminated manuscripts. But I don’t read to be inspired by the writing of others. Reading is a sacred experience for me. Of course not with all books. But with the great books, it is a communion with the language, with the story, with the characters, and through these, with the writer, living or dead. I never come away from reading wanting to write. In fact, I keep the two separated, by time as well as space, as they are two very different experiences. I think this is because I was an insatiable reader for 30 years before I ever considered writing. I mainly read old fiction and contemporary non-fiction.

LSP: What is a novel you think deserves more readers?

FK: I have just started reading Apuleius’ The Golden Ass, the first novel of Western literature. It’s had many readers over many hundreds of years, but I am certain it’s not being read widely enough today. I feel a strange combination of emotions reading it: absolute giddiness at having come across it; the butterflies of being in love; I miss it when I have been away from it too long; I am sad that I’ve only now discovered it; and I am already mourning the finishing of it, though I am only a quarter way through.

LSP: What are you working on next?

You can purchase Above Us the Milky Way from Deep Vellum here.

Editor’s note: the accompanying illustrations are by Fowzia Karimi.

Fowzia Karimi is a writer and illustrator whose work explores the correspondence on the page between text and image. Her illustrated debut novel, Above Us the Milky Way, was released by Deep Vellum in April, 2020. She is a recipient of The Rona Jaffe Foundation Writers’ Award, and has illustrated Vagrants & Uncommon Visitors by A. Kendra Greene and The Brick House by Micheline Aharonian Marcom. She lives in Texas.

L.S. Popovich is the author of Undertones and Echoes From Dust. They have always been a cat person (a person who like cats, not a cat human hybrid). Every house needs at least one room completely crammed with books, so they believe. (Other rooms should contain scattered piles.) Their short stories and poems have appeared in Chrome Baby, Havok, Aphelion, Bull & Cross, Red Fez, Bewildering Stories, The Ansible, 365Tomorrows, Commuter Lit, Farther Stars than These and other secluded places on the Internet.

One thought on “Essential Identities: An Interview with Fowzia Karimi”