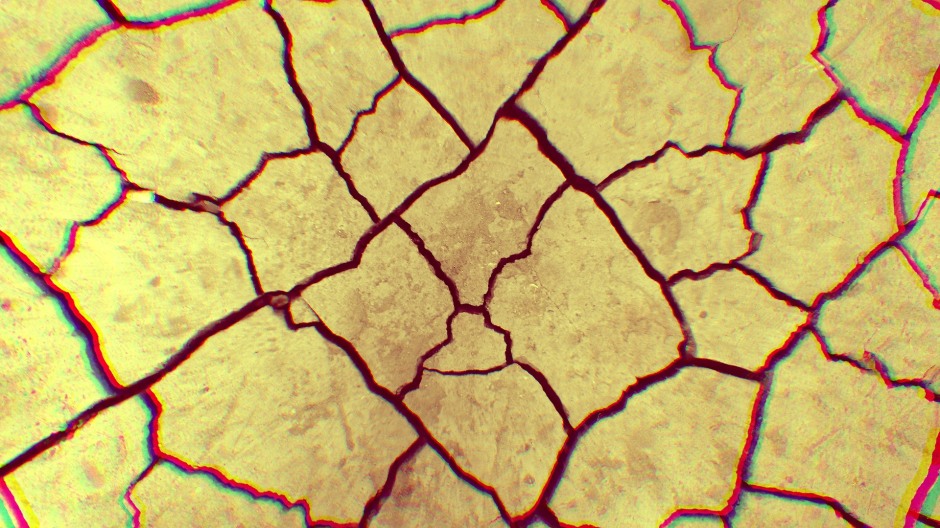 “He is not the impotent puppet of a conscienceless earth. […] He can be his own stillspot. If temporarily.”

First J. G. Ballard blew the world in 1961 (not up, just blew it), then he drowned it in 1962, then he dried it in 1964, and as if that wasn’t enough telluric torture, he encrusted it with crystals in 1966. And now, in the time of COVID-19, Evan Dara has literally taken up the mantle of apocalyptic natural disasters by shaking the world in Permanent Earthquake, his first novel in 8 years.

Dara arrived on the scene with the cult favorite The Lost Scrapbook in 1995, after it was chosen by the one and only William T. Vollmann for the 12th Annual FC2 Illinois State University National Fiction Competition. Due to its innovation, it drew comparisons to the work of Joseph McElroy, Thomas Pynchon, and most especially William Gaddis. About the latter, Steven Moore wrote: “Asked about Gaddis’s possible influence, Dara told me that while working on The Lost Scrapbook he heard that J R was a novel in dialogue and checked it out from The American Library in Paris: ‘Took the novel home, plunked it open, tapped it shut — didn’t want the influence’ (email January 19, 2014).”

And but so this makes Permanent Earthquake all the more curious, for it’s a relatively traditional novel that, as mentioned, can be traced back to Ballard’s speculative fiction. Some possibly tenuous connections could be made with a magnifying glass if not a microscope. The Lost Scrapbook, for instance, concerns itself with ecology. However, there’s no explanation for this eternal earthquake, only more speculation, so it could be due to human (mis)behavior or something else entirely. The novel’s protagonist, a young man possibly in his early 20s, wonders: “How has the world grown so cold it would shiver thus? […] Resource extraction, overbuilding. Geological devolution, a lowering watertable. Overpopulation. Business cabals. Colonial skullduggery. Falling birthrate leading to a shrinking taxbase leading to decisions to clear the land. Holy decree. No one knows. They shake.”

Regardless of the shake’s source, Dara’s original concept is ripe for exploration. The tremors are constant but fluctuate between a barely bearable Q1 to the higher registers that make falling a perpetual hazard if not an outright fatality. This is why people wear guards on their whole bodies, with backpacks and frontpacks for both storage and the desperate possibility of stability. If you want to keep your tongue, mouthguards are a must. The majority of the dialogue is limited to one or two words, back to caveman grunts, because of the mouthguards we later learn, although the font of this speech is akin to the capitals carved on tombstones, as though the air itself is so thick it needs to be lithically licked. Speaking of stones, most buildings have been utterly razed but there are manses, homes of the wealthy, that are just fine, guarded by gendarmes who are able to stabilize themselves with technology not available to the poor.

There’s not a whole lot in terms of plot. Our sketchy protagonist stumbles around an unspecified island, encountering tipped and juddering cows, tree-climbing snakes, and even a dog that follows but not for long. The main goal ends up being what is called a “stillspot,” where it’s believed forces cancel each other out and calm can be found once again. The only hope in a hopeless world, elusive though it is.

The prose is mostly ordinary, but there are flashes of Cormac McCarthy at his best, with some strange sentences, such as this: “And all throughout, my head drains from the top of the stone [I’m carrying]. Its shadow morphs then shrinks to a twisting rivulet, then slides off. A solid gone liquid. A living auto-eclipse that, no matter the angle, bears my form. A skittish and unrecognizable glyph is my form.” Or this: “I see them all. Bodies, dozens of them, flailing and caving in convulsion rhythms, their limbed forms flaming as if harrowed by fears erupting from cellular levels. One body turns and turns in place, immobilized by movement. One dives to the earth as his shirt lifts off and floats inflated before covering him like a shroud. A ragged silhouette arms semaphores no one can understand. The vast skillet of the world heating and heating and turning human presences into puffs of smoke.”

I did want more of this than appears in the book’s some 250 pages, but I think it’s worth exploring the McCarthy connection further. The most obvious work of his that comes to mind while reading Permanent Earthquake is The Road, both post-apocalypses of a kind with no certain origin, both have an unending desolation with imagery to match. The latter is a novel of blacks and ashy grays while the former is one of browns and dirty ochres. There’s a repetitive nature to both novels that is somewhat unavoidable, concerning the state of things, yet while The Road has the dynamic of father and son, Dara’s protagonist is all alone but for his memories, which do provide at least a modicum of relief, as it were, from the vibrating devastation. We are told that the protagonist’s family was crushed by their home, but there is a somewhat anticlimactic although sufficiently disturbing twist at the end that suggests otherwise.

Aside from the flashbacks and an inexplicable shift from first person to third and back again (although it could be attributed to all that skull-shaking going on), the tone stays more or less the same throughout. I would have loved to see more of the fragmentary nature with which the novel opens up, beginning with this curious sentence three-quarters or so down an otherwise blank page: “But is a fall a fall if you don’t stay on the”. This style is more reminiscent of Dara’s earlier work and would have heightened the experience if used beyond the first 7 pages, perhaps when Q3s hit. As it stands (or falls?), Dara’s newest is a solid piece of apocalyptic science fiction sure to please fans of the genre while also delighting most Dara disciples. If you’re new to Dara, who has been called a “best-kept secret,” then you should probably start with his earlier novels. Fortunately, all of his work is available POD here.

A Russian translation of this review can be found here.